#38: Would You Break a Window to Rescue a Dog From a Hot Car? Listen to This First.

Peter’s back from summer vacation in Germany, and tells Camille all about the McDonalds McVegan. As always, there’s lot of animal law news, including a Toronto case challenging glue traps for mice, Tofurky’s legal challenge to discriminatory labeling laws for animal-free foods in Arkansas, and Canadian vegan restaurant Grow Your Roots being told to stop using words like “cheese” and “burger”. A notorious live sheep exporter in Australia has finally been charged with animal cruelty, and here at home, Marineland called the cops over a comedic tweet about stealing a walrus, and two Canadian zoos have been listed as among the cruelest in the world.

For our main segment, Camille and Peter discuss the summertime epidemic of dogs being left in hot cars, including the laws used to prosecuted those who do so, and the potential legal jeopardy faced by a Good Samaritan in Canada who decides to break a window to rescue a dog at risk.

This episode’s hero is the Edmonton Police for their key role in a massive Havanese puppy mill bust, and the zero is Conservative leader Andrew Scheer, who wants to re-write the Canada Food Guide to help out the cruel dairy industry.

Also, we’re now on Soundcloud! You can find us and tune in at soundcloud.com/pawandorder.

As always, use code PAW15 at the checkout to save 15% on your order at our sponsor Grinning Goat, Canada’s vegan fashion boutique.

Help us keep bringing you new episodes of Paw & Order—visit our Patreon page to become a supporter!

Yes, I want to stay in touch! 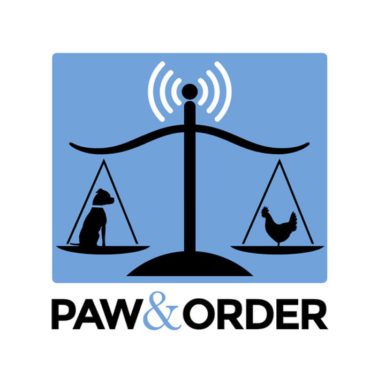 #37: Learning from the past, looking to the future with the Canadian Animal Law Conference

July 23, 2019 In Episode 37 of Paw & Order, Camille and Peter catch up on the six horse deaths in Calgary Stampede chuckwagon races (get ready for a lengthy discussion of whether rodeo events are illegal), a great column …continue

Proudly brought to you by: Animal Justice 23 July 2019 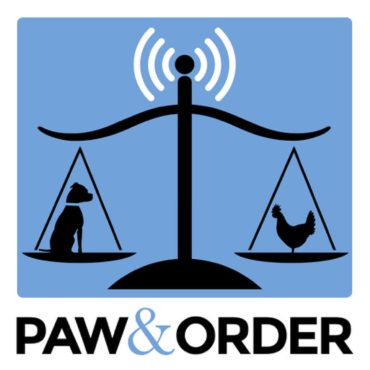 #49: Beyond Cages with Professor Justin Marceau

February 21, 2020 In this episode, Peter sits down with Professor Justin Marceau of the Sturm College of Law at the University of Denver. The two discuss Professor Marceau’s recent book Beyond Cages, which critiques the US animal rights movement’s …continue

Proudly brought to you by: Animal Justice 22 February 2020

February 7, 2020 In Episode 48, Peter & Camille discuss the case of Punky Santics, an Australian cattle dog on death row who lost a bid to appeal to Canada’s highest court. The case has broader negative implications for so-called …continue

Proudly brought to you by: Animal Justice 8 February 2020